Everything you want to know about Electromagnetic Compatibility 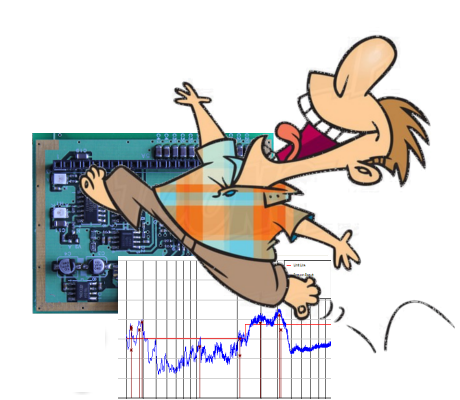 Do you know this feeling?


You are happily working on an electronic circuit, but you have this strange malfunction you just cannot get rid of. It seems that it is related to that digital board that also is connected to your system and you think to yourself: "It's probably an EMC issue, but I'm not sure and I really would like to know more about that subject so I can make my next designs better. At the moment I do not know enough of EMC to get it right. "


Or you are a project leader or development manager and every time there are EMC problems in your projects. Either there are malfunctions in the electronics or the EMC limits are not met and every time the projects are delayed or field problems pop up, which cost tons of money. You're so fed up with those EMC issues; can't that be resolved once and for all?


Or you have your product tested for EMC and, of course, it fails. "10 dB over the emission limit, you really need to do something about that, otherwise we can't approve it and, by the way, here is the bill. " And then you start putting ferrite beads everywhere, hoping that you're lucky and get the emission low enough. But it really doesn't make you happy, because basically you don't know where it's coming from. Not to mention all the comments of your project leader complaining about the delays in project and dead lines already passed.


Or, as I have witness myself once: I was helping a colleague with an EMC problem. It was a tough problem and we already had spent a few hours on the issue. Then we put a decoupling capacitor in a spot that seemed logical for decreasing the emission levels, but instead the emission increased significantly. My colleague grabbed a pair of pliers laying on the workbench in front of him, threw it against the wall and said raising his voice: "I haven't got a bloody clue and this is no fun anymore! "


For many people working in the development of electronics, EMC is no fun at all. Peculiar and uncomprehended symptoms and an enormous pile of standards you have to comply with, which often is difficult enough. Not to mention project delays and/or field calls that can cost a lot of money, ...